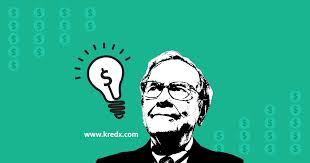 Warren Buffett is well known for his keen eye for the right investments. Here are a few tips that will help you invest like the legendary investor himself.

Warren Buffett, with a net worth of over 8 billion US dollars, has quite a reputation for knowing where to invest. His accumulated successes have driven him to become the fourth wealthiest individual in the world. This is not a small feat. Mr. Buffett’s extravagant achievements have come from shrewd personal perspectives that had gave him unparalleled insights on the state of the investment market. The school of investment Warren Buffett subscribes to is called value investing. It was an investment paradigm first proposed by Benjamin Graham and David Codd. Benjamin Graham, in fact was a big influence on Warren Buffett’s investment style as he grew up. Here are a few tips to invest like Warren Buffett.

The Circle of competence has long been touted by Mr. Buffett as a very important aspect of business investing. This boils down to the principle that a complete awareness of exactly what the business is would be mandatory to be able to make a competent investment. Without a personal understanding of the nature of the business that you are planning on investing in, it will be easier to get lost in the intricacies that are beyond your comprehension. Projecting long term profit creation is an important part of Warren Buffett’s investment strategy. To realistically do this, a exhaustive understanding of the nature of the business you are planning to invest on, is a requirement.

A moat refers to a wide trench that usually surrounds a castle. Moats were advantageous at a time of enemy attack because they offered a defensive advantage. In a similar mould, economic moat refers to a business’s capacity to maintain its market share despite being constantly threatened by competitors and changing market trends. Warren Buffett popularized this term because the idea has been very important to the way he choose his investments. Looking for companies with a “wide economic moat” is a difficult premise to start with. This is because, any company that establishes a competitive advantage over its rivals, will subsequently earn a lot of profits, this in turn will force the competition to duplicate their mode of functioning. Hence, the economic moat will be an ever dwindling phenomenon and investors need to be keen on identifying the right companies.

Benjamin Graham, the founder of value investing emphasized the significance of being able to buy stocks at prices that are less than their intrinsic value. Warren Buffett took this concept further and combined it with his own ideas on economic moat. In essence, value investing according to Mr. Buffett suggests that instead of finding any normal firm that has relatively low share prices, it is always better to be on the lookout for an exceptional organisation with a wide economic moat which offers low share prices. This concept of value investing stands as one of the central pillars of Warren Buffett’s investment style.

The management’s tendency to increase shareholder value with the profits that are made with the business should be an important consideration for investment purposes. The habitual mistakes most organizations resort to is to give credence to building up the scale of a business rather than maximizing dividends for shareholders. Warren Buffett, argues that improving shareholder value is extremely important in identifying businesses that are sustainable. Another important facet, is the transparency level the top leadership adopts as far as the business is concerned. These factors, according to Mr. Buffett form a central theme in identifying businesses that are worth investing on.

Warren Buffett finished college with an accumulated savings of 99,000 dollars. The reason he was able to make this happen was because he was a shrewd investor who was able to create an intelligent system that helped him differentiate the right investments from the wrong ones. By following a rigid system, it is not impossible to emulate his achievement.