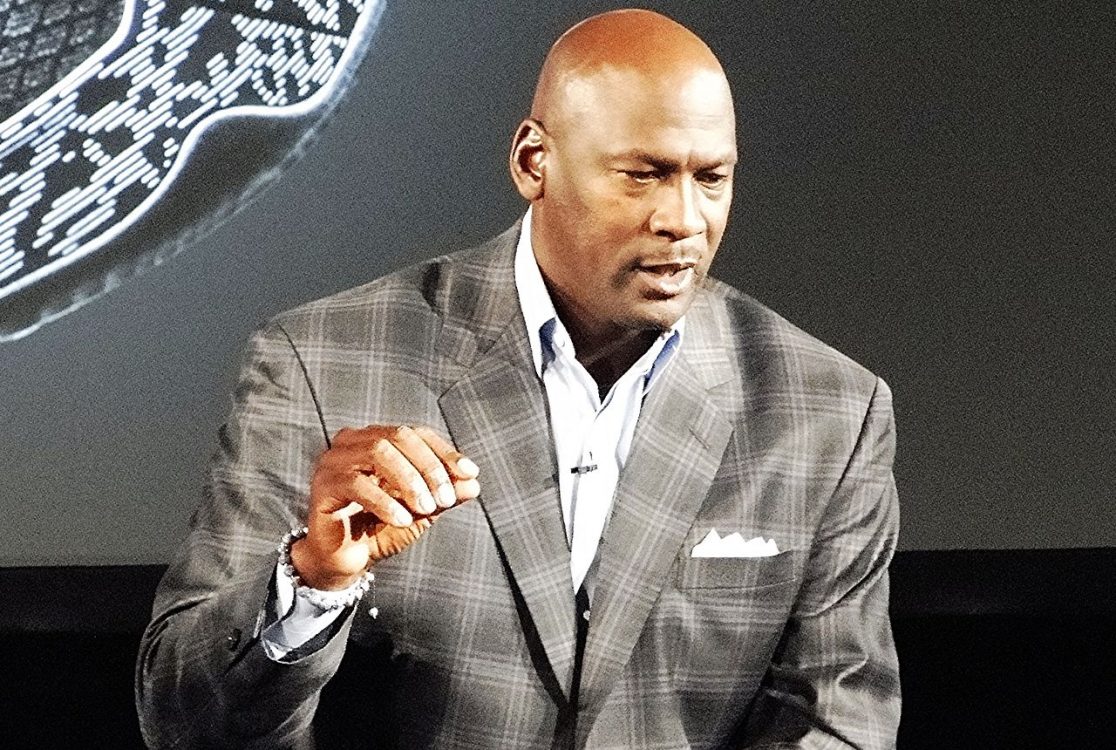 The Sports Legend Who Turned Every Failure Into Success

Who is the first person you think of when we say NBA? Michael Jordan of course! Basketball fans everywhere look up to this man. But do you think he had it easy? People probably think Michael Jordan learned to dribble and shoot like a pro when he was a kid. As talented as Jordan may have been growing up, he wasn’t considered the best. In fact, Jordan was told not to play basketball as the coaches couldn’t look past his height which didn’t even reach minimum height requirement. If this was the situation, how did he make it so far? How did he become the legend that he is today? This is the story of the greatest basketball player the world has probably ever seen.

Michael Jeffrey Jordan is now a retired American professional basketball player, businessman, principal owner and chairman of Charlotte Hornets. Jordan has played 15 seasons in the National Basketball Association [NBA] for the Chicago Bulls and Washington Wizards. Jordan’s biography on the NBA website states him as: “By acclamation, Michael Jordan is the greatest basketball player of all time.”

Born on February 17, 1963, in Brooklyn, New York, Jordan is the fourth of five children. He began his athletic career in high school by playing basketball, baseball and football. He tried out for varsity basketball team during his sophomore year but was deemed too short to play basketball as he was only 5’ 11” feet.

Motivated to prove his worth, Jordan became the star of Laney’s junior varsity squad and tallied several 40-point games. This intense training eventually also saw him growing taller by 4 inches. After earning a spot on the varsity roster, Jordan averaged 20 points per game over his final two seasons of high school. He was selected for the McDonald’s All-American Team during his senior year after averaging a triple double. Post this phase; Jordan was recruited by numerous college basketball programs including Duke, North Carolina, South Carolina, Syracuse and Virginia. Jordan received a basketball scholarship to North Carolina in 1981, where he majored in cultural geography.

As a freshman in Coach Dean Smith’s team-oriented system, he was named ACC Freshman of the Year after he averaged a 53.4% shooting (field goal percentage). It was later in 1982 that he made the game-winning jump shot in the NCAA Championship game against Georgetown, that was led by future NBA rival Patrick Ewing. Jordan described this shot as the major turning point in his basketball career. By consensus, he was selected to the NCAA All-American First Team in both his sophomore (1983) and junior (1984) seasons. Jordan returned to North Carolina to complete his degree in 1986.

In the year 1984, his first season with the Chicago Bulls, Michael Jordan already made his mark. After a month of his rookie career, Jordan appeared on the cover of Sports Illustrated under the headline “A Star is born”. He had a phenomenal year as he won the NBA Rookie of the Year Award. But that was not all, at the age of 21; Jordan signed a five year deal of $2.5 million with Nike. Nike used the opportunity to market this star and created the Air Jordan basketball shoe which became a national sensation. When the second edition of Air Jordan’s came out in 1986, they prized it exorbitantly at $100 a pair. Nevertheless, Jordan’s fans lined up to buy the shoes. The Air Jordan business had shoes and other merchandise which was so amazingly profitable that Nike decided to break it out as a separate brand “The Jordan Brand” which roughly did $1 billion sales per annum.

Jordan claimed his first NBA Most Valuable Player (MVP) award in 1988, along with being named the NBA All-Star Game MVP. He followed this up with some impressive seasons that ended in disappointing playoff losses. By 1990, Jordan was one of the most dominant players in the NBA and was poised to enter the prime of his career. The 1990–91 seasons saw Jordan win his first NBA title by leading the Bulls to victory over the Los Angeles Lakers in the NBA finals. Jordan was named the NBA Finals MVP. That season also saw him earn his second regular season NBA MVP award. The Bulls would win the NBA Championship each of the following two seasons, with Jordan winning both the NBA regular season and finals MVP awards in 1992, and collecting a third NBA Finals MVP award in 1993.

The consecutive championships also cemented Jordan’s place in American culture, as would his increasing ubiquity in television ads for every manner of product. While Nike was by far the largest of Jordan’s endorsement deals, it wouldn’t be the only one. Jordan was on his way to becoming one of the most-marketed athletes in history, endorsing major American brands such as Coca-Cola Co., Chevrolet, Gatorade, McDonald’s, Hanes, then-telecom giant MCI, etc.
At the peak of his career, Jordan abruptly retired in 1993 to pursue a career in professional baseball which was due to personal reasons. That spring, Jordan tried out for MLB’s Chicago White Sox, which was also owned by Chicago Bulls owner Jerry Reinsdorf. Jordan suited up for 17 pre-season games in a White Sox jersey before the club assigned him to the White Sox’s minor league affiliate, the Birmingham Barons, where he spent the regular season.

Not happy with being a minor league baseball player, Michael Jordan returned to basketball for the 1994-95 NBA season. The Bulls lost in the playoffs that year, though Jordan’s sabbatical from the NBA did not slow down his dominant play.

Undeterred by the playoff loss, Jordan’s Bulls dominated the NBA in the 1995-96 NBA season, etching a league record for most wins in a single season with 72. Between 1996 and 1998, the Bulls again won three straight NBA championships, with Jordan again being named NBA Finals MVP on all three occasions. Jordan earned his fourth and fifth regular season MVP awards in 1996 and 1998, respectively. By now, Jordan had established himself as the greatest NBA player in history and one of the greatest professional athletes of the century. Jordan wanted to spend more time with his family and in early 1999 he once again retired from the NBA in the prime of his career.

A year later, he returned to the NBA, this time as President of Basketball Operations and part-owner of the Washington Wizards. Jordan came back play for the Wizards in 2001, immediately improving attendance numbers and television ratings for the team, though age and injuries prevented him from matching his usual level play. Michael Jordan retired from the NBA for the third and final time in 2003.

Out of basketball, Jordan focused on building his businesses, such as the Jordan Brand clothing line he co-operated with Nike, as well as Michael Jordan Motorsports, a professional motorcycle racing team, etc.

By 2006, Jordan found another opportunity to be involved with the NBA, when he acquired an ownership stake in the Charlotte Bobcats basketball franchise. The deal made him the team’s second-largest shareholder and the title of “Managing Member of Basketball Operations.” Four years later, Jordan bought out the majority shareholder of the Bobcats (known as the Charlotte Hornets since 2014) to become the first former NBA player to become the majority owner of a franchise.

Outside of Nike and the Hornets, Jordan even today continues to make an annual fortune from endorsements. In a recent lawsuit against a defunct grocery store, Jordan revealed that he wouldn’t allow any use of his name or likeness for less than $10 million. The documents opened in the case also revealed that Jordan earned more than $500 million from endorsements between 2000 and 2012.

The great Michael Jordan has missed more than 9000 shots, lost almost 300 games and failed over and over again in his career. But what is the one thing that led to his success? He believes that failure is the path to success or in his own words,

“I have never been afraid to fail.”

Why Working Capital Optimisation Is Essential For Your Business ?