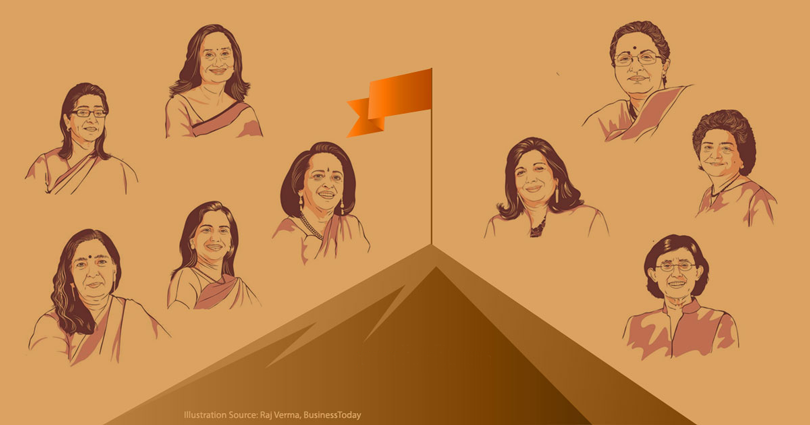 Most Successful Women Entrepreneurs In The World

The spaces reserved by women in our collective history are not revered enough. They do not age well. When you hear the name Winston Churchill, the dominant narrative of today is generous with the adjectives. Bold, daring, tenacious and willful. Churchill easily invokes the indomitable glory of manhood with the mare mention of his name. Very few people talk about his appalling racism and quite obvious feats of cruelty. A complete inversion of this process happens when you take the case of Mother Teresa.  Here is a woman who dedicated her whole life to making life just a little easier for the needy and suffering. There must have been tens and thousands of lives she had enriched while she was alive. But her enduring legacy, at least over the internet is to be re-christened as “The Ghoul of Kolkata”. This is not to say that, the accusations being laid against Mother Teresa are false. It is simply that Winston Churchill with his directives for “using poisoned gas against uncivilized tribes” enjoys far less scathing attacks on his legacy than he probably deserves. This is an enduring problem with the legacies women leave behind in our world. This is why this article features successful women of the 21st century whose legacies should not be ignored.

Rashmi Sinha has a PhD in cognitive neuropsychology and another one in Psychology. Add this to a postdoc in Human Computer Interaction (HCI), it is rather easy to see that she belong to academia the same way neurons belong in the human brain. The reason Rashmi Sinha makes this list is not that she is smart, which is obvious. SlideShare founded by her in 2006 was the result of her enjoying practical problems more than academia. The company which was acquired by LinkedIn 118 million dollars has a user base of 70 million people. SlideShare helped to practically revamp user experience across verticals that span businesses and specialisations. It is a brilliant application that has huge constructive value to the world.

Raised by a single mother, struggling to make ends meet, Ginni Rometty’s success story deserves emulation of the highest order. Currently serving as the CEO of IBM, she rose through the ranks the old fashion way; 31 years of extremely hard work. She joined IBM in 1981 as a systems engineer. Along the way, she managed to spearhead many critical policy decisions within the company, such as the acquisition of PricewaterhouseCoopers and the reliance on cloud based solutions. Ginni Rometty is one of the key reasons why IBM has managed to evolve effectively with the direction technological progress was taking in today’s world.

Most Successful Women Entrepreneurs In The World from kredx

From a purely business perspective, the positive changes Indra Nooyi brought about in PepsiCo is staggering. The company’s revenue had increased by 2.7 billion to 6.5 billion during Nooyi’s tenure as the Chief Financial Officer. Born in Chennai, Nooyi did her bachelor’s in Physics, Chamistry and Maths before moving on to other opportunities. Before joining PepsiCo she held strategic positions in Johnson and Johnson and Motorola. In 2014 she was named third most powerful woman in business. Indra Nooyi brought about productive changes to the brand that PepsiCo was by introducing low fat sodas and oatmeal .This enabled the company to constructively evolve as the growing health concerns that were being attached to the fast food industry were becoming louder.

There is something wonderful about an independent woman walking the talk about independently constructing your own electrical equipment. Limor Fried is the maverik founder of AdaFruit Technologies, a DIY electronics company that caters to commercial demand for customizable electronics. Her company has a reported profit of 40 million dollars. However, what is truly impressive about this achievement is the fact that she build up her company from scratch without any outside investment. What Adafruit technologies have grown to become today is a result of Lomor Friend’s singular vision for the company. A graduate of MIT, she had long nurtured ambitions about creating disruptive technology that could upset the market paradigm. With Adafruit Technologies, she has definitely gone ahead and done exactly that.

In 1879, Anna Connell went about her violent, filthy and crowded streets of West Gordon, Manchester and recruited people to join her in organising a football team. She did this

in the hope that the rampant alcoholism and communal strife ever so present in the streets she lived in would slowly abate when introduced with a group activity. 139 years later, this football team Anna Connell managed to create is called Manchester City F.C. and is currently worth over 2 billion dollars in value according to Forbes. Believed to be the only woman in the world to have founded a Football club, Anna Connell is an important historical reminder of how valuable a woman’s insight can be. And just like Anna Connell, the successful women of today need legacy building that will stand the test of time.

Effective Strategies to Deal with Late Payments on Overdue Invoices

Effective Strategies to Deal with Late Payments on Overdue Invoices