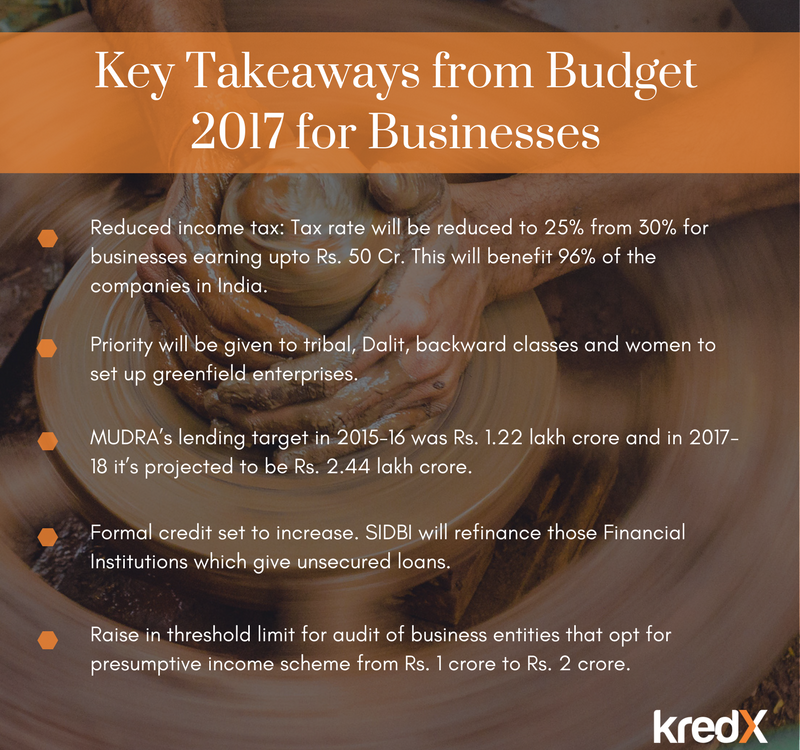 How does the 2017 Union Budget affect the common man?

The Union Budget was announced on February 1, 2017 amidst great hope. The public hoped for a Budget that would address the dull after demonetisation. And it did not disappoint. The government focussed on expanding the tax net while rewarding the honest taxpayers of the country. Let’s take a look at the key taxation reforms announced in the Budget for the common man.

How does it affect you? If you fall under this income slab, your tax liability with rebate will reduce to zero or to 50% of your existing liability. What’s even better? Jailtey has promised a simple one-page Income Tax Returns (ITR) form for this income slab of people instead of the multi-page form.

It gets better for first time ITR-filers. You will be exempted from scrutiny of any kind, unless the IT department has received information about high-level transactions from your account.

Penalty for delays in ITR filing

If you earn more than Rs. 5 lakh and file your ITR after July but before December of the same financial year, a fine of Rs. 5000 will be levied. This fine will be upped to Rs. 10,000 if the ITR filing is done after December 31. Again, if you earn below Rs. 5 lakh, the government has assured that the penalty will be no more than Rs. 1000.

No cash transactions above Rs. 3 lakh

Going forward, no individual can receive cash above Rs. 3 lakh, in parts or in total, from another person in a single day. However, Rs. 3 lakh or more can be given to a person in the form of an account payee cheque, account payee bank draft or electronically through a bank account. Any deviation from this will attract a fine. Though this might cause some initial hiccups, it will help avoid illegal transactions by bringing any high-level transaction under the radar.

During the Budget speech, The Finance minister announced the granting of the ‘infrastructure’ tag to the affordable housing segment giving it a huge boost. The slew of tax and profit benefits builders in this segment will thus have is expected to translate into lower cost homes. Also, the change in area measure of affordable housing properties from built-up area to carpet area will increase the size of these houses by 30%.

In addition to this, Arun Jaitley also decreased the holding period for long term capital gains tax benefits on housing from three years to two years. This will give the necessary impetus to those grappling with the effects of demonetisation.

Jaitley made no explicit changes to the existing rates in the Union Budget. The rolling out of the Goods and Service Tax Act in July will give us further clarity on how the changes to the service tax rate will affect us. In a typical restaurant, we currently pay 25% of the total bill for VAT and Service Tax which is expected to come down to 18% with the introduction of GST.

Other commodities and services that affect the common man such as booking railway tickets online is set to get cheaper while cigarettes, bidis, chewing tobacco and the like are expected to become costlier.

The government seems to have had pulled a Robin Hood-esque move with this Budget session. It has tapped into the pockets of the rich who saw no changes to their tax rates to help the lower income segment. Though, the Budget session has made some interesting changes to the taxation laws, only time will tell if the measures would actually result in a widening of the tax net as intended.