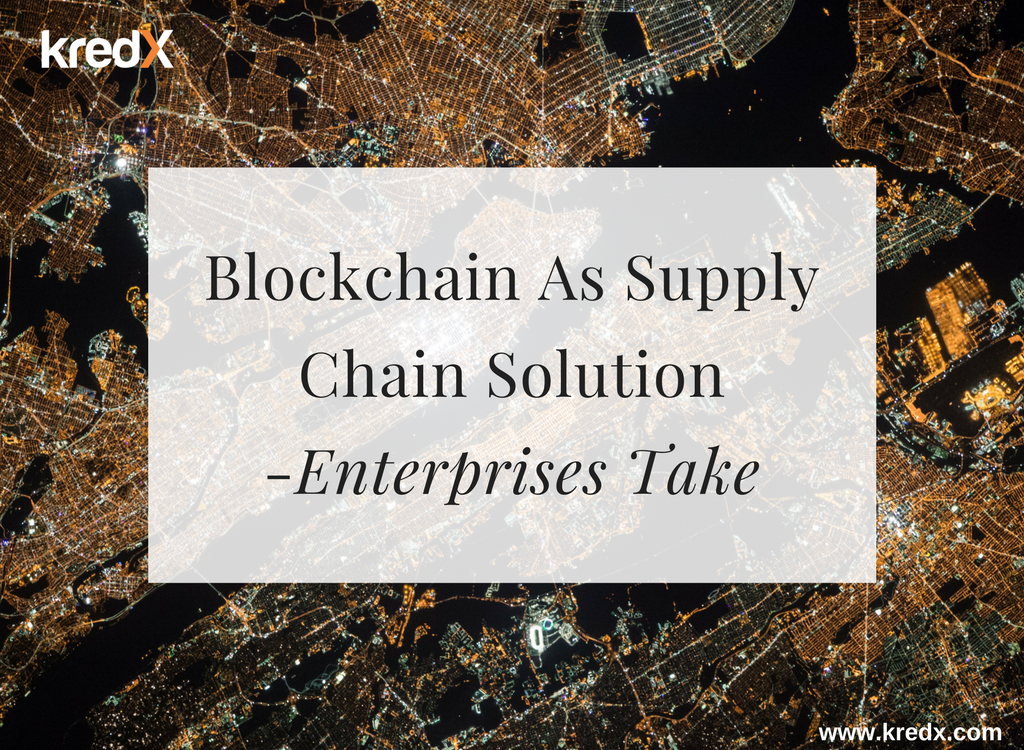 Blockchain is still a new technology, but the recent partnership between IBM and Mahindra Finance for developing the Blockchain technology for small and mid-sized enterprises loans for business has asserted the importance of the technology in Supply Chain Management.

Why is Blockchain important?

Here is why blockchain is important:

‘Block’ in Blockchain is made up of three key components: a transaction, a transaction record and the system which verifies and stores the transaction. Open Source Software is used to generate and record information about the transaction; when it took place and the chronological order of all transactions. This results in a sequence of information called ‘chain’ and hence the term ‘blockchain’.

How will it work?

Every Block which has Information that can be attached with smart contracts using hashes. These smart contracts can represent, for example a contract or ownership title. It can also represent physical goods, via a barcode or quick response (QR) code. Users can thereby access these blockchain via a web interface and have a wallet in order to communicate with each other. The information is tamper-proof and visible for all parties involved.

Having outlined the basics of blockchain, how can this be applied to supply chain finance (SCF)? Supply Chains are complex in nature as various parties are involved from goods supplier to the manufacturer, distributor and consumer.

As multiple parties are involved in the supply chain, each party takes care of financing at individual levels and this itself can create a mismatch. In an actual trade between a buyer and seller in different countries, it involves multiple intermediaries like the banks of the buyer and seller, respectively.

Blockchain could ensure the security of sharing information without going through the cost, expense and delay of negotiating the formal contracts or paperworks such as the Letter of Credit (LC) from a bank or a bond for a transportation provider. As the information will be stored in a web interface, their privacy and accountability is maintained by miner accountants rather than by counter party or a third party such as a bank.

There are multiple servers involved for information storage. The supplier loads data on one server and the buyer views information on another. The information is not visible to anyone except the parties involved, as every piece of information is converted to codes. The validation of Blockchain transaction, that is information exchange is done by incentivised proof-of-work by the Bitcoin miners, who basically publish the block with a hash to the rest of the peer-to-peer network that makes up the blockchain, hence getting paid in Bitcoin.

While the blockchain technology is still in exploratory stages, there is tremendous potential for it to transform into a mainstay in supply chain finance. The implications and mass scale adaptation is yet to be seen, but this is a technology to look out for by every Enterprise.